Gnocchi with Blue Cheese and Frizzled Prosciutto is pure decadence. A rich blue cheese sauce coats the gnocchi which is tossed with a bit of fresh spinach and topped with some crispy prosciutto.

I’ve got a good one to share with you today guys – Gnocchi with Blue Cheese and Frizzled Prosciutto! Plus, it’ll pair perfectly with Merlot – which I’m putting out there right now as needing a second chance…

Merlot was one of the first wines that I started off drinking (15 years ago). It was around that time that I started to really get into cooking too. After graduating from college, my girlfriends and I would make a point of getting together every Wednesday night. We’d take turns at each other’s houses, with the host cooking dinner, and the rest of us bringing the wine. Most of those nights included a bottle of Merlot. Normally, we wouldn’t know what was on the menu for the night, so we’d just gravitate to food-friendly Merlot. Call it the original #WineWednesday.

Flash forward to a couple years later – In 2004, the movie Sideways came out and just abolished the name of Merlot. In the film, wine snob Miles, played by Paul Giamatti, openly talks about how he can’t stand Merlot. He won’t drink Merlot. He much prefers Pinot Noir…. Much more elegant, and refined, and SO much better. So, obviously, my friends and I shamelessly made the transition to Pinots, as did many other people. Everyone was flocking to Pinot Noir – It gained a huge following almost overnight. And, poor Merlot ? went through something called the “Sideways Effect” – It’s sales decreased, as did prices due to the lowered demand.

Ten years later, I’m just now learning that there’s an inside joke at the end of the movie. Miles heads to a fast food joint, and consumes his prized bottle of 1961 Chateau Cheval Blanc from a brown paper bag. This Bordeaux wine is noted to be a blend of Merlot (gasp!) and Cabernet Franc. Cheers Miles.

So, let’s all just get back into loving Merlots – OK? 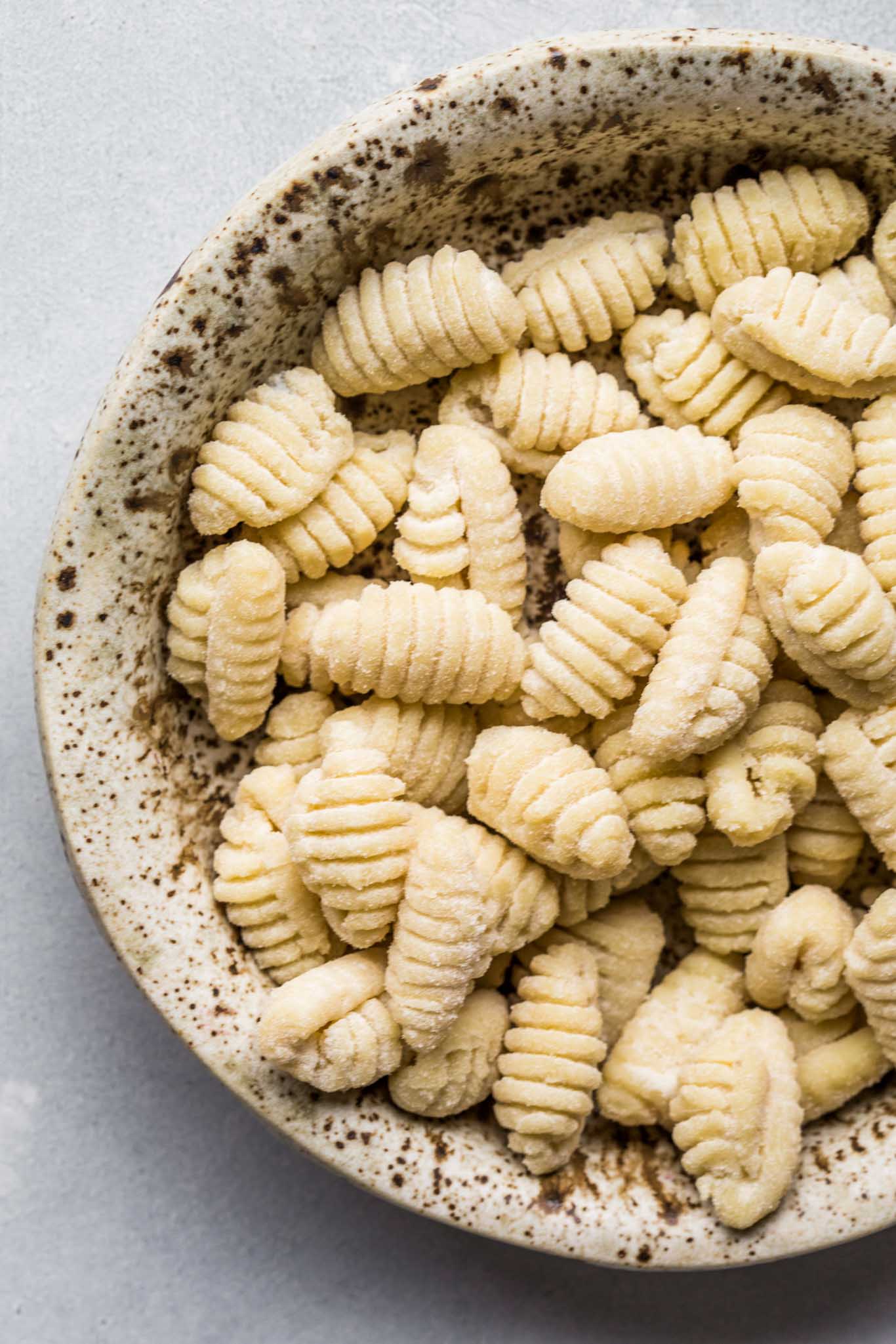 Merlots can vary quite a bit depending on the production region. Those growing in cooler climates (France, Italy) tend to have a bit more tannin to them, are less fruit-forward, and a bit more earthy. Whereas Merlots coming from warmer regions (Chile, California) show off more ripe fruits and are softer in tannin structure. You’ll get aromas of cherry and cocoa – Baking spices, vanilla, smoke, and earthy notes can also shine through. The flavors that pop out are those of plums, blackberries, cherries, cocoa and pepper. 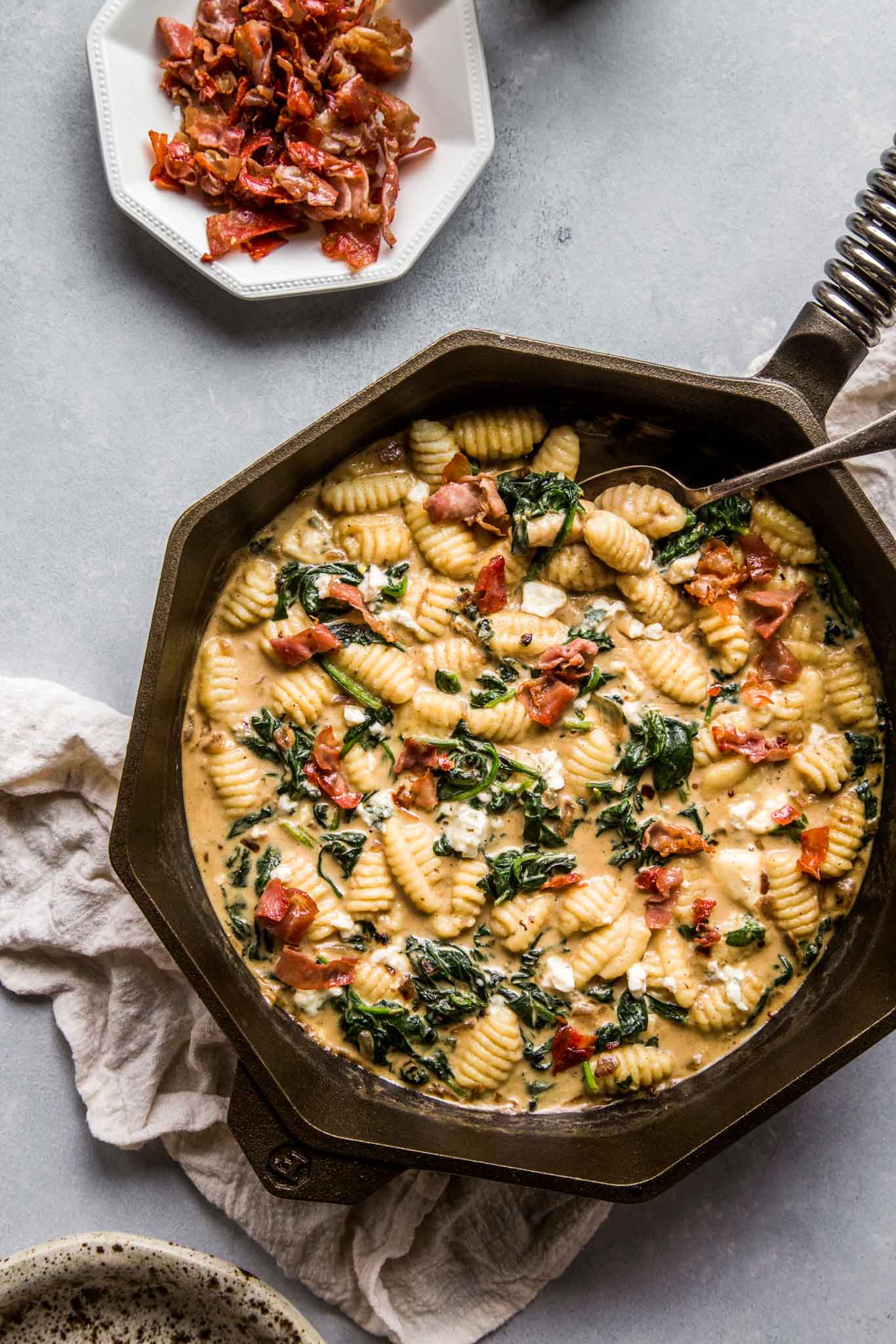 We’re going that strong cheese route with this dish and pairing Merlot with gnocchi that’s been tossed in a rich sauce of blue cheese and spinach. Plus, we’re topping it with frizzled prosciutto. I mean… YES!

What’s the meaning of frizzled?

What are your thoughts on Merlot? Were you influenced by Sideways too? Let’s all unite, break through our old thinking, pop open the wine and celebrate Merlot with this Gnocchi with Blue Cheese and Frizzled Prosciutto. Cheers! 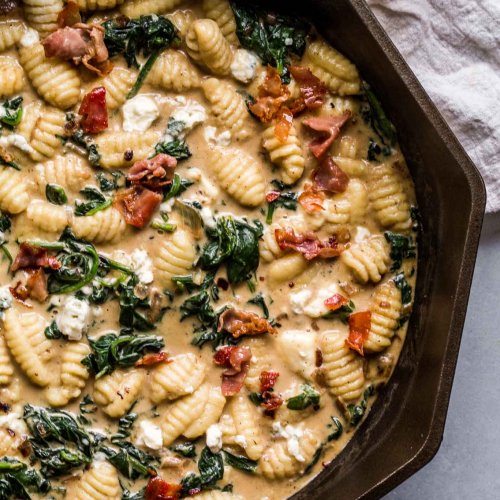 This Gnocchi with Frizzled Prosciutto and Blue Cheese is pure decadence. A rich blue cheese sauce coats the gnocchi which is tossed with a bit of fresh spinach and topped with some crispy prosciutto.
4.17 from 18 votes
Print Pin
Prep Time: 10 minutes
Cook Time: 15 minutes
Total Time: 25 minutes
Servings: 6 servings
Created by Platings and Pairings

If you loved this Gnocchi with Blue Cheese I would appreciate it so much if you would give this recipe a star review! Also, be sure to snap a picture of your finished dish and share it with me onInstagram using the hashtag #platingsandpairings and tagging me @platingsandpairings. 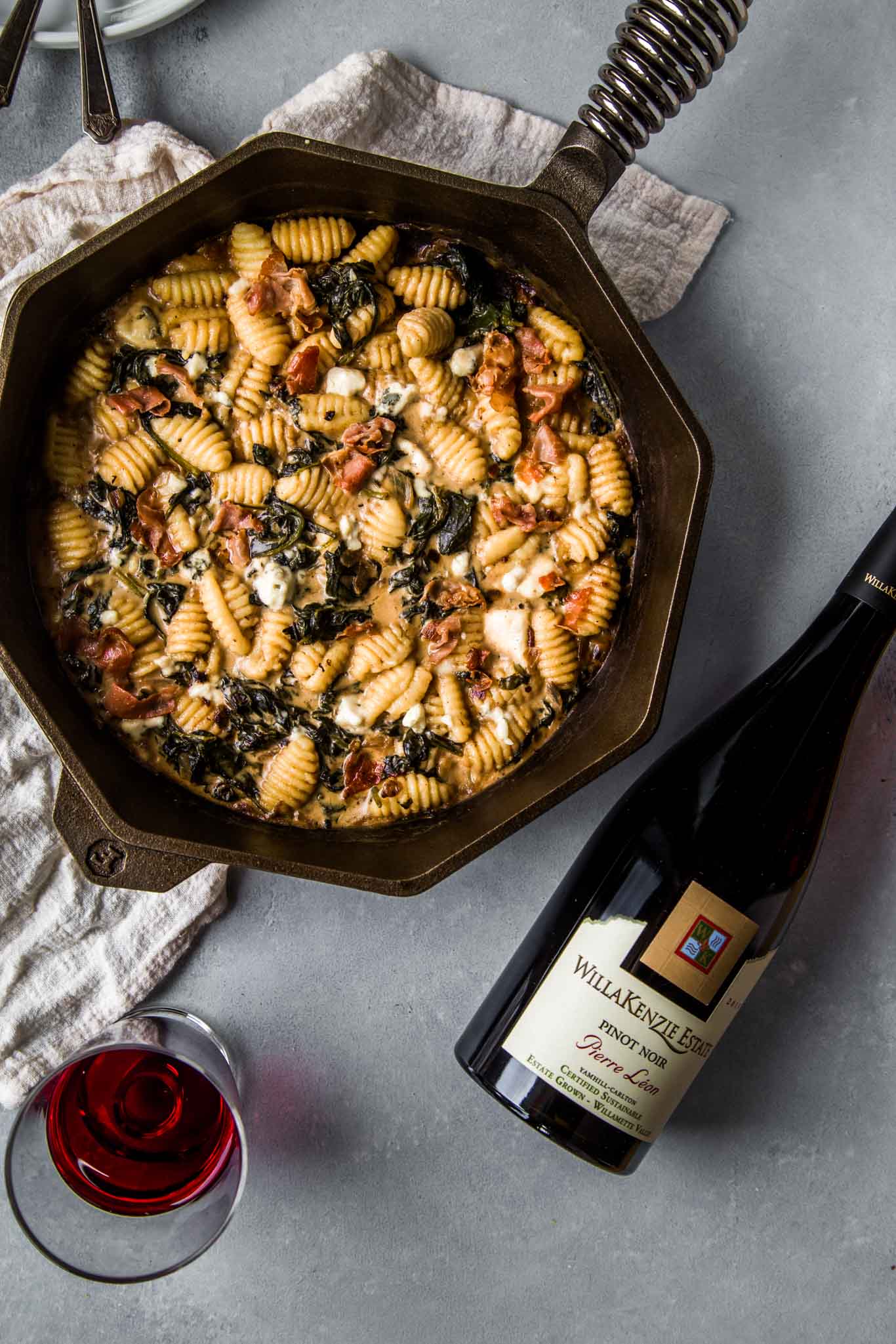