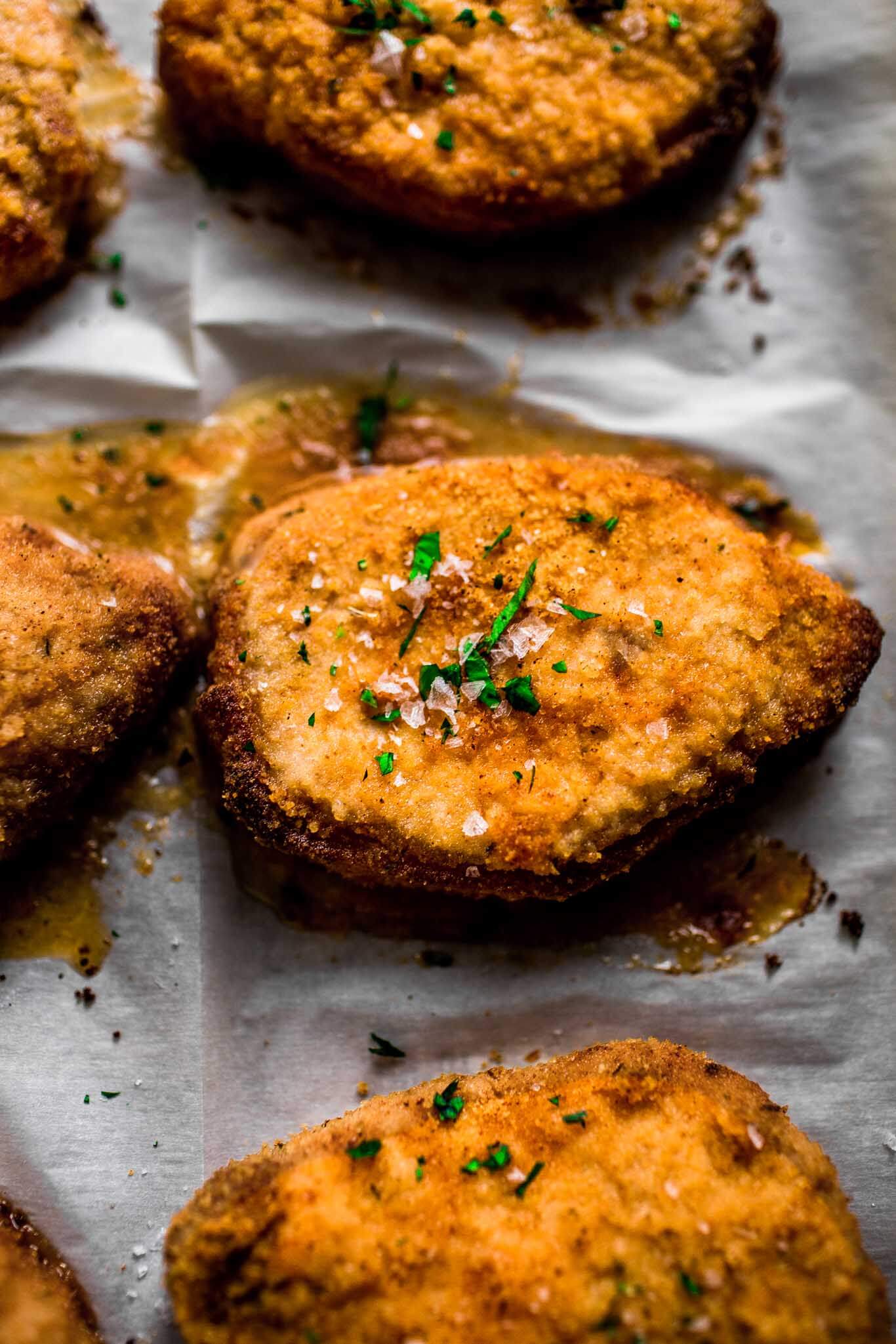 This homemade Shake N Bake recipe is a homemade version of the classic dish you loved as a kid. Pork chops or chicken are coated in a tasty breadcrumb mixture and baked until golden brown and delicious.

I believe that I have yet to make any recipe that calls for deep frying. I vow to someday get over that fear. BUT I get nervous around a pot of hot oil. It seems like you have to have the temperature just right, and I always worry that my coating is not going to stick, the meat will be raw inside, it will be too greasy, etc. etc. etc. Definite fear of frying!

For now baking is my friend. Plus, obviously, it’s a healthier option.

That’s why I love this homemade Shake N Bake recipe.

Shake N Bake is manufactured by Kraft Foods and was first introduced in 1965. With slogans such as “Shake N Bake: It’s better than frying”, and “Why fry? Shake N Bake” it has been marketed as a healthier and less-greasy alternative to frying. It’s a flavored bread crumb-style coating for chicken and pork that comes with a baggie for you to shake your meat in order to cover it with the breading mixture. 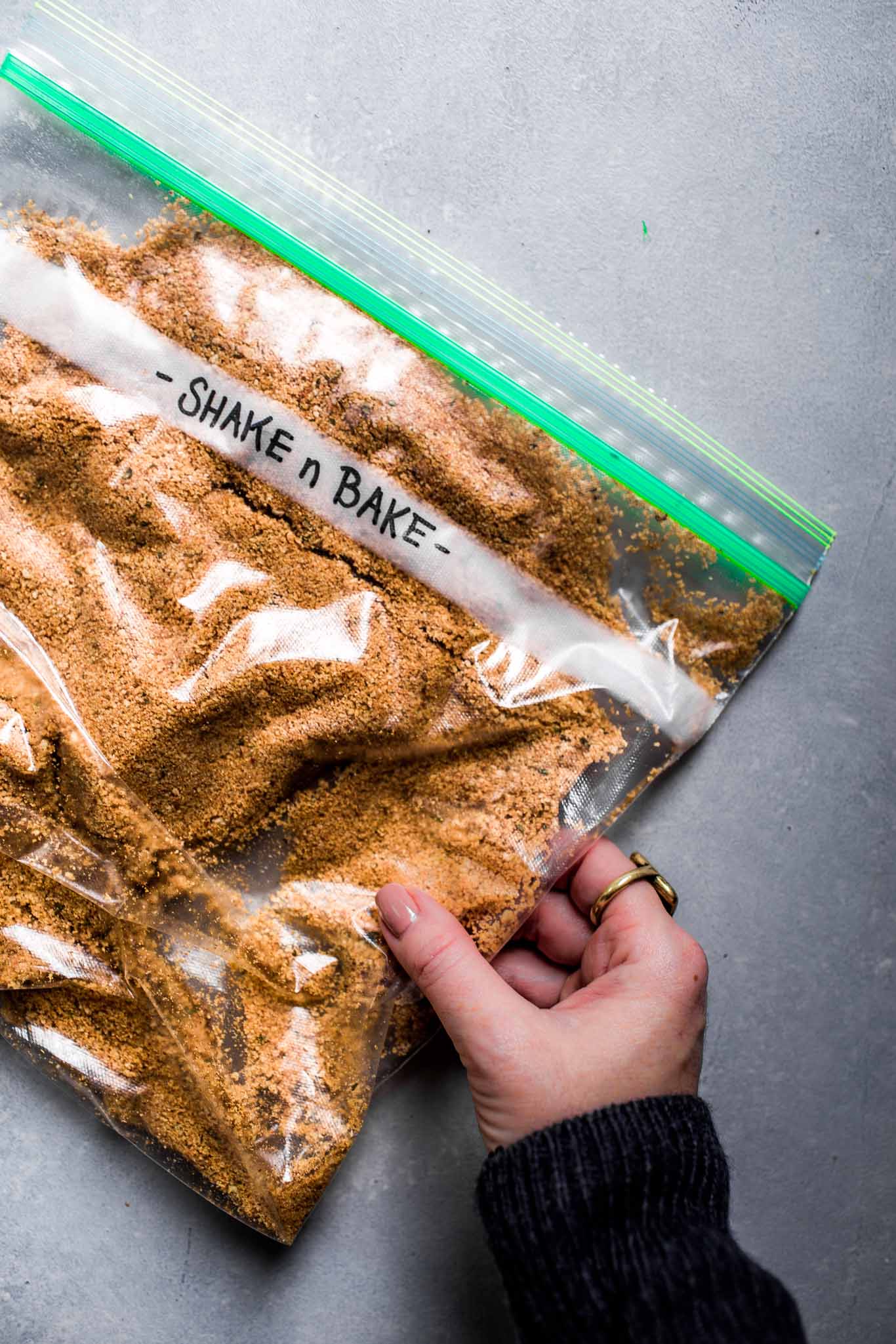 I remember eating Shake and Bake as a kid, growing up. That was quite a while ago, but I’ve got to say that I think this version tastes pretty similar! Pour your breadcrumb mixture into a Ziploc baggie and shake until your chops are coated in the crumb mixture. Then bake until the coating gets nice and brown and crispy.

You can make pork, boneless chicken or bone in chicken.

Cook in a 400-degree oven for 35-40 minutes, until the juices run clear and an instant read thermometer registers 165-degrees.

Cook in a 400-degree oven for 15-20 minutes, until the juices run clear and an instant read thermometer registers 165-degrees.

Cook in a 400-degree oven for 25 minutes, until an instant read thermometer registers 145-degrees.

If you’re cooking other items alongside your pork chops, you can adjust the temperature: 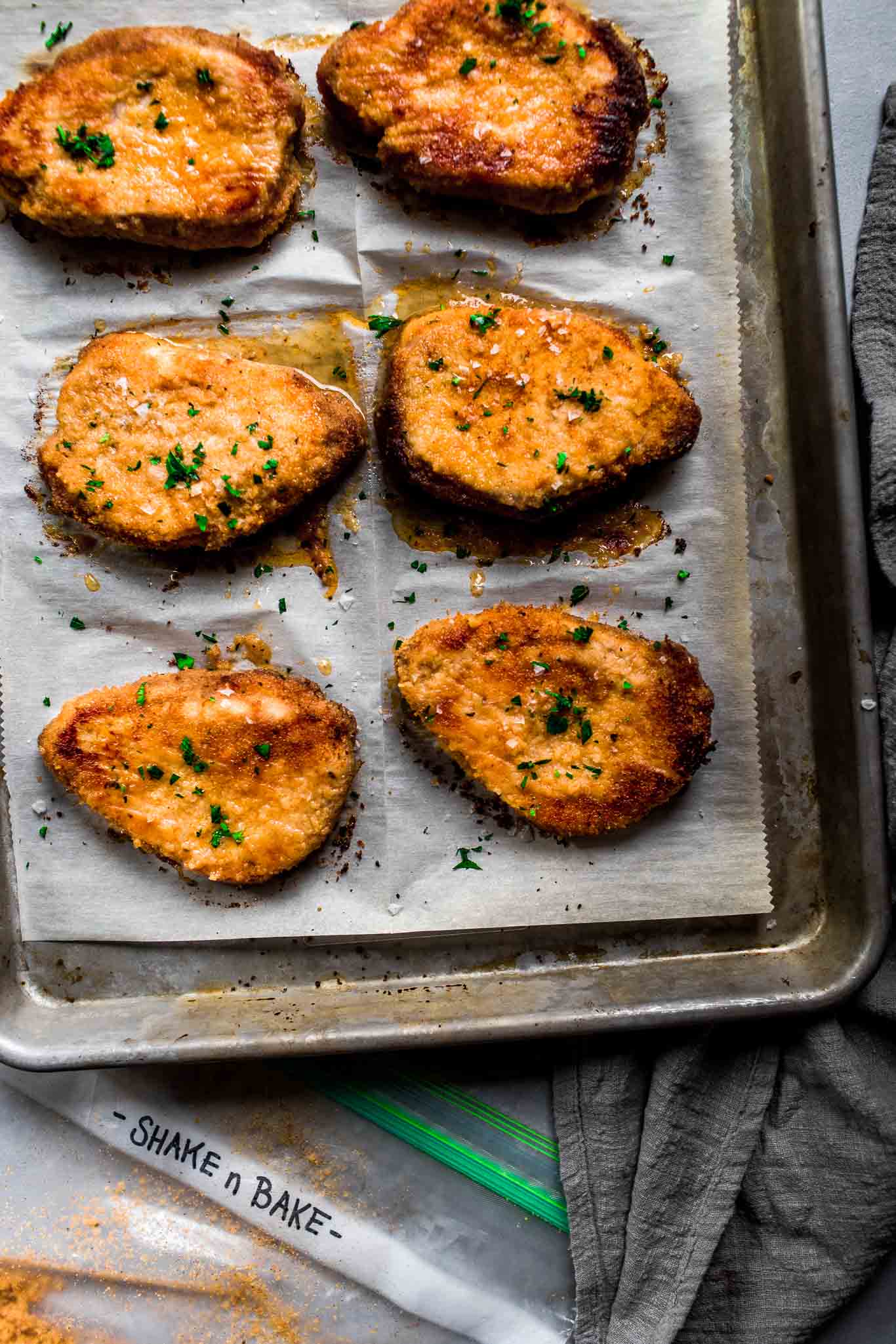 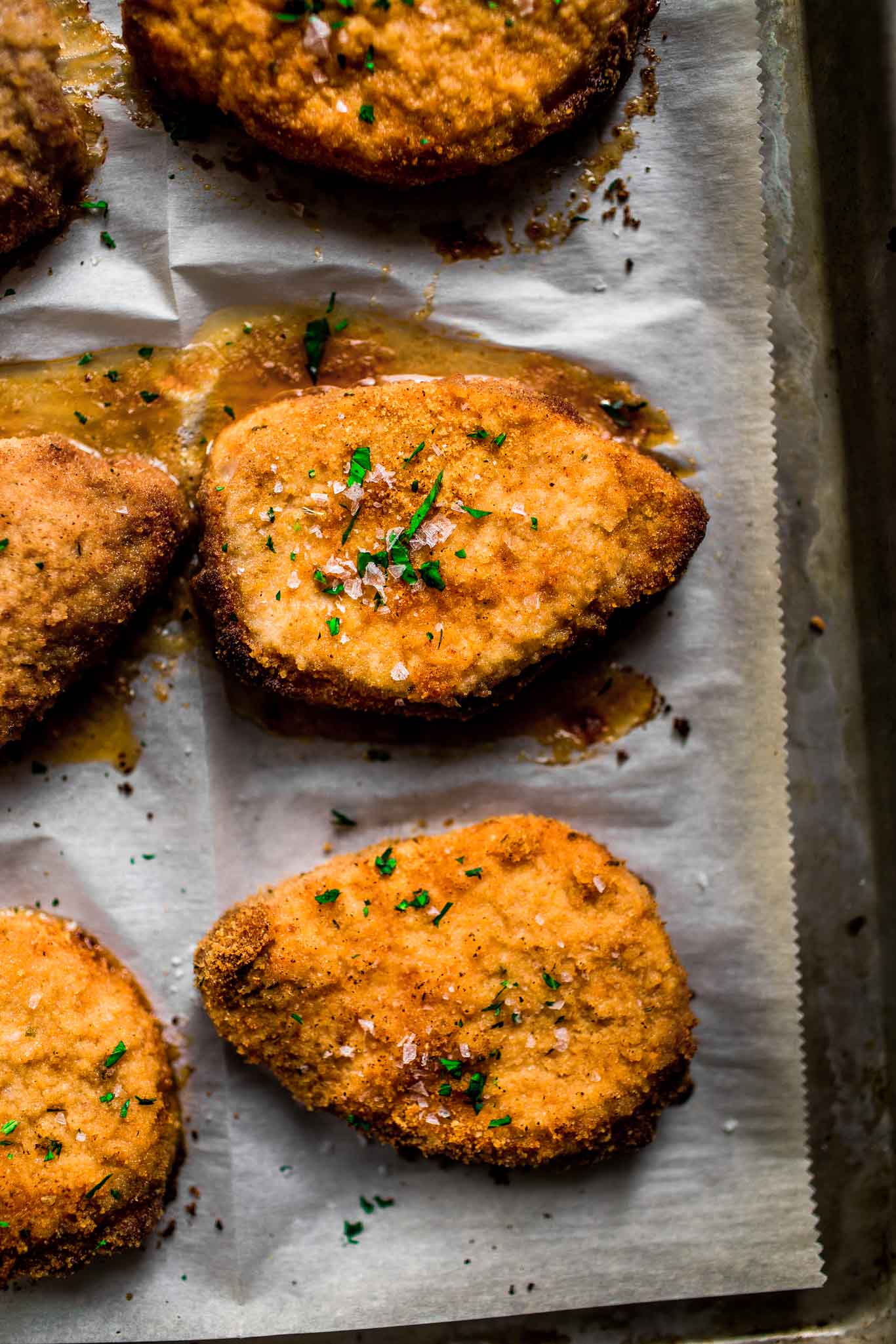 What to serve with it:

If you loved this homemade Shake N Bake recipe I would appreciate it so much if you would give this recipe a star review! Also, be sure to snap a picture of your finished dish and share it with me on Instagram using the hashtag #platingsandpairings and tagging me @platingsandpairings. 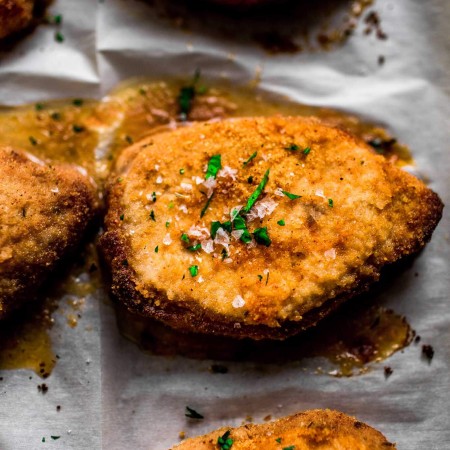 These Shake N Bake pork chops are a homemade of the classic dish you used to have as a kid. Pork chops are coated in a tasty breadcrumb mixture and baked until golden brown and delicious.
3.76 from 180 votes
Print Pin
Prep Time: 10 minutes
Cook Time: 25 minutes
Total Time: 35 minutes
Created by Platings and Pairings

This recipe was originally published in January 2015. It was updated in January 2020 to update the photos and add an instructional video. The recipe remains the same. Enjoy!

^ BACK TO TOP
About Me | Wine Pairings | Wine Travel | Contact | Recipes