This Slow Cooker Corned Beef & Cabbage is made in the crock pot and finished off under the broiler with a brown sugar-mustard glaze, giving it a nice crispy crust.

I have long been a huge fan of corned beef. Maybe it’s the Irish in me? I’m a redhead named Erin, so it was only natural for me to always gravitate towards my Irish roots… Although, the other half of me is Italian, and I could easily eat pasta every day of my life too…

As a child, I would request corned beef & cabbage on my birthdays for my special meal. I liked that the meat was salty and flavorful, and almost like string cheese in that you could pull off piece by piece and nibble away. Technically, you’re supposed to cut across the grain, so that your meat isn’t stringy, but I always liked it cut with the grain – it gave me a reason to play with my food.

And although I grew up eating corned beef & cabbage, the recipe that I use to make it has definitely evolved over time. This is a recipe that I’ve used since college and it actually was created by my friend and college roommate Jim (did I ever tell you that I lived with five guys in college?). As college students, meals weren’t anything too fancy. I seem to recall lots of canned soup, chicken breasts, and ramen noodles. But, cooking yummy food on the cheap was one of Jim’s specialties. We’d trade recipes and food quite often. I still need to bug him for his recipe for chicken with sweet chili sauce (one of my favorites!). After moving out, Jim sent me this recipe for Slow Cooker Corned Beef & Cabbage, and I’ve been making it for Saint Patrick’s Day ever since. Although, recently I’ve discovered that the Instant Pot is also amazing for making tender and delicious corned beef – Be sure to check out that recipe here if you’ve got an IP! 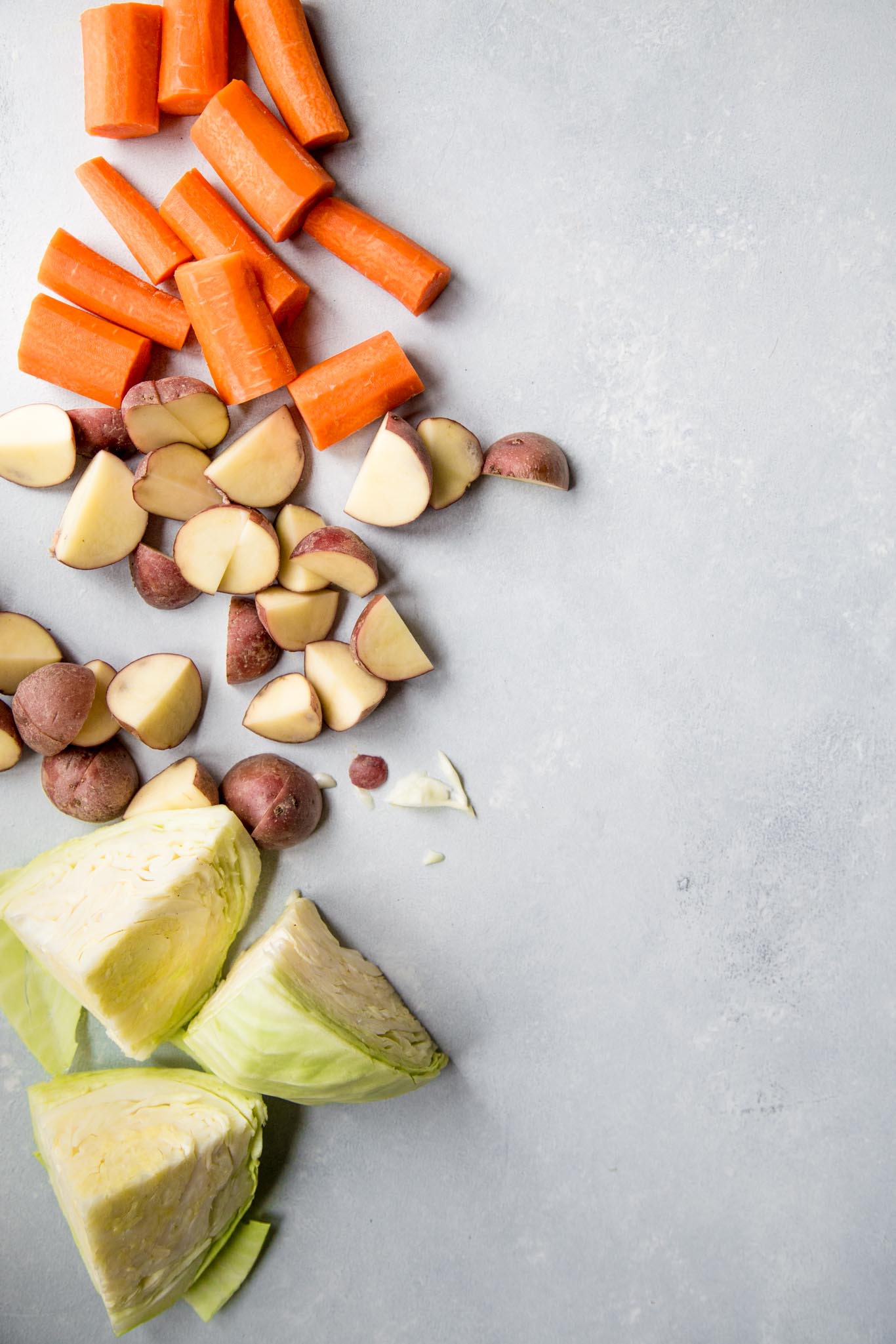 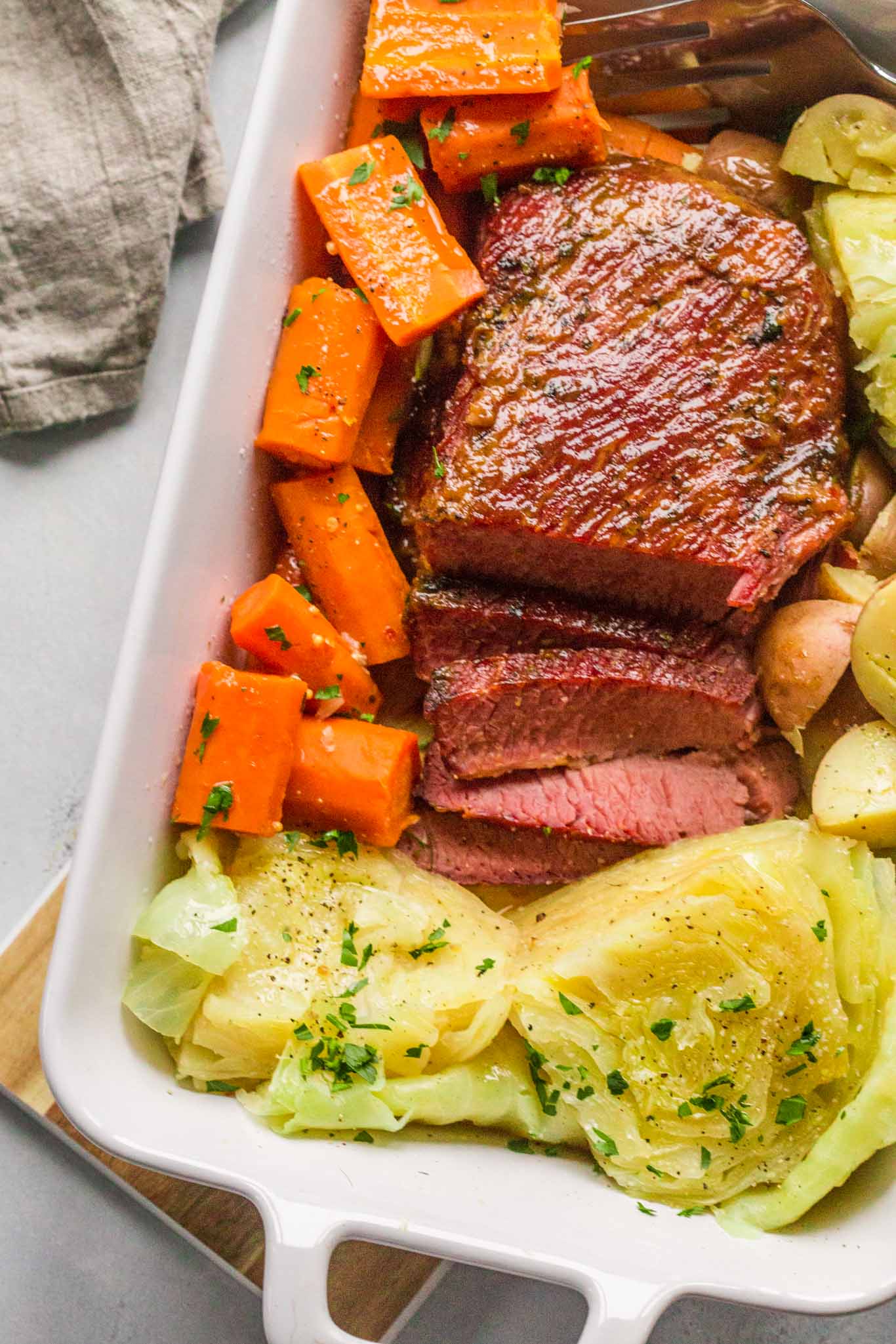 This recipe also serves a honey-mustard sauce on the side that’s perfect for drizzling over the cooked cabbage, potatoes and carrots. So, so good.

Although this Slow Cooker Corned Beef & Cabbage is amazing for St. Patrick’s Day, I could honestly eat it every day of the year. I hope you enjoy it as much as I do! 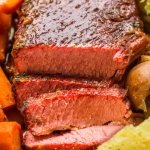 If you loved this Slow Cooker Corned Beef & Cabbage I would appreciate it so much if you would give this recipe a star review! Also, be sure to snap a picture of your finished meal and share it with me on Instagram using the hashtag #platingsandpairings and tagging me @platingsandpairings.

Note: This recipe was originally published in 2014. It was updated in 2018 to update the pictures. The recipe remains the same. 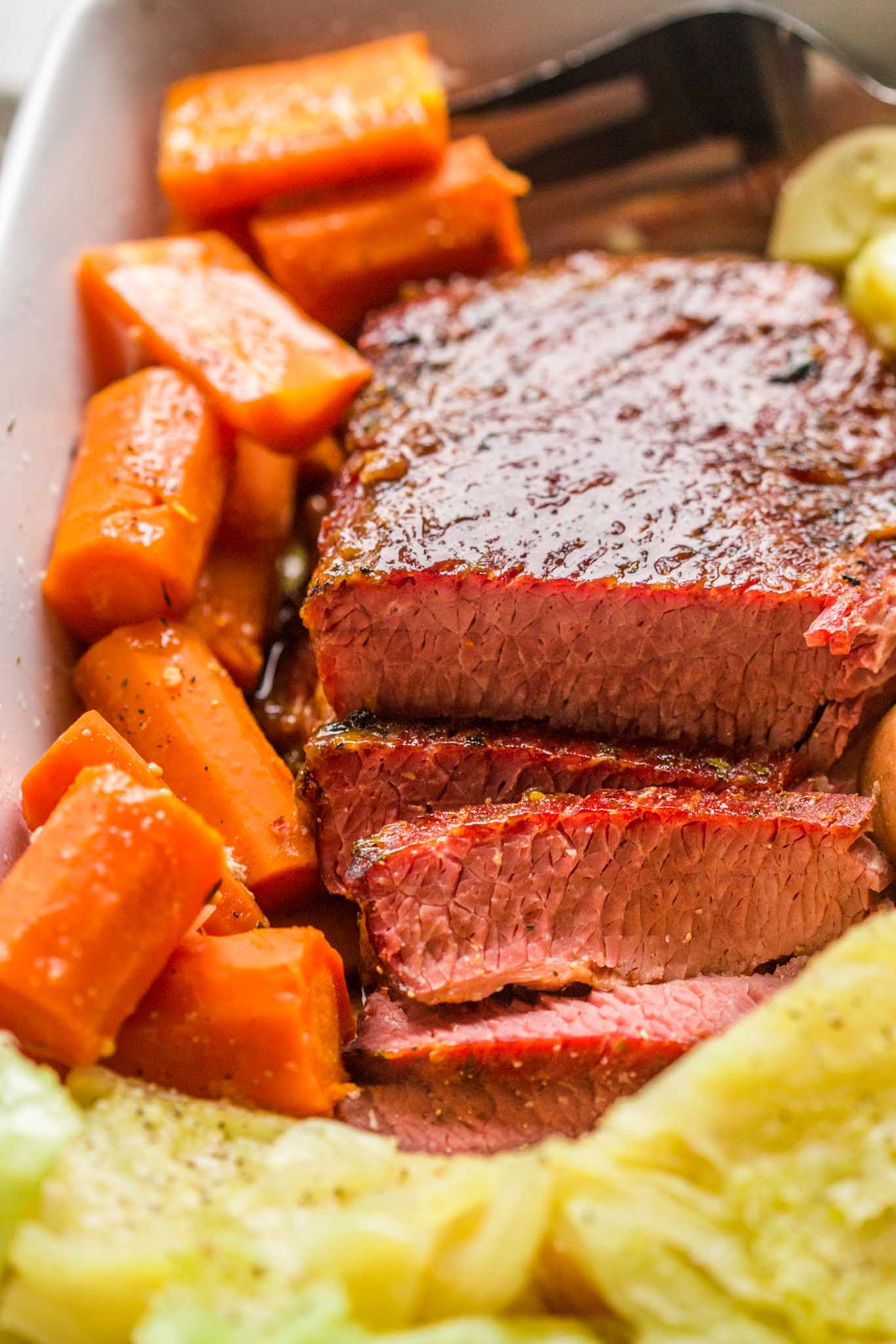