Learn how to Sous Vide Pork Tenderloin with juicy & delicious results every time. Plus, tips on flavoring your pork in several different ways. You can even sous vide a frozen pork tenderloin. Serve it alongside a yummy BBQ sauce, chimichurri or romesco sauce.

I love that sous vide is basically a set it and forget it way of cooking. Meaning you can put your food in the water bath, walk away, and let it cook for anywhere to an hour to hours on end with no fear of overcooking. That’s because sous vide cooks up to a certain temperature, and then just holds your food there until you’re ready to eat.

It’s the perfect tool for cooking on busy nights. I’ve used the sous vide to make juicy chicken breasts, filet mignon, ribeye, and even octopus. And while I’ve made sous vide pork chops, today I wanted to test out making an entire pork tenderloin.

The results were just as I expected – totally tender and so juicy and flavorful! And as delicious as it was on its own, I decided to just take it over the top by serving it with chimichurri sauce.

What is the difference between pork loin and pork tenderloin? 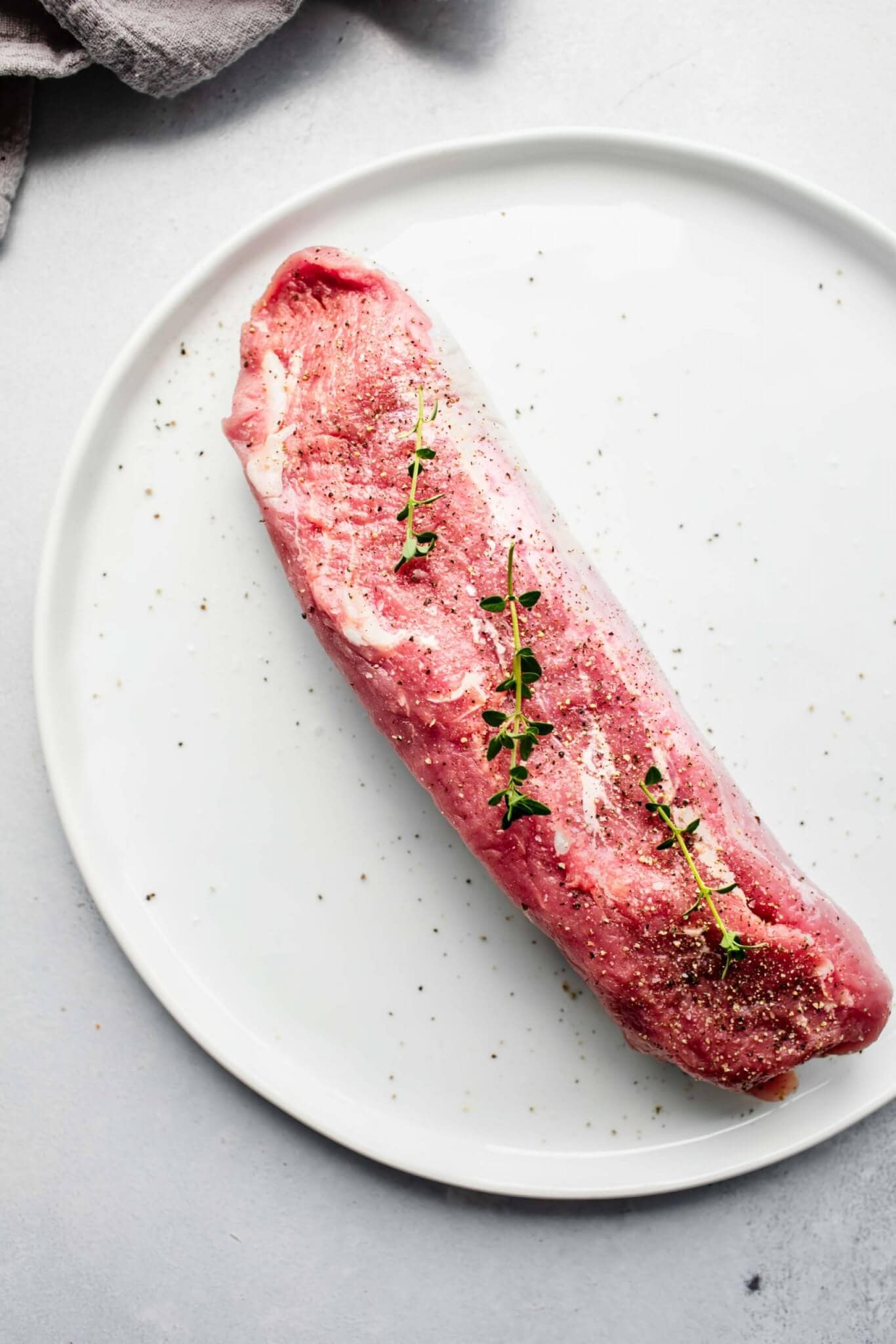 What temperature do you sous vide pork tenderloin?

How long does it take to sous vide pork tenderloin?

Can you overcook pork sous vide?

Is it OK to eat pork tenderloin a little pink?

I like to season my pork tenderloin simply with salt and pepper and a couple sprigs of thyme before putting it in the bag to sous vide.

If you’d like to season the pork further, it is preferred to use a dry rub or thick sauce to season sous vide pork tenderloin. The reason being that you need to vacuum seal the bag before the sous vide cooking process. Marinades with excess liquid tend to make that sealing process difficult.

Can you sous vide pork tenderloin in its original package?

How to sous vide pork tenderloin: 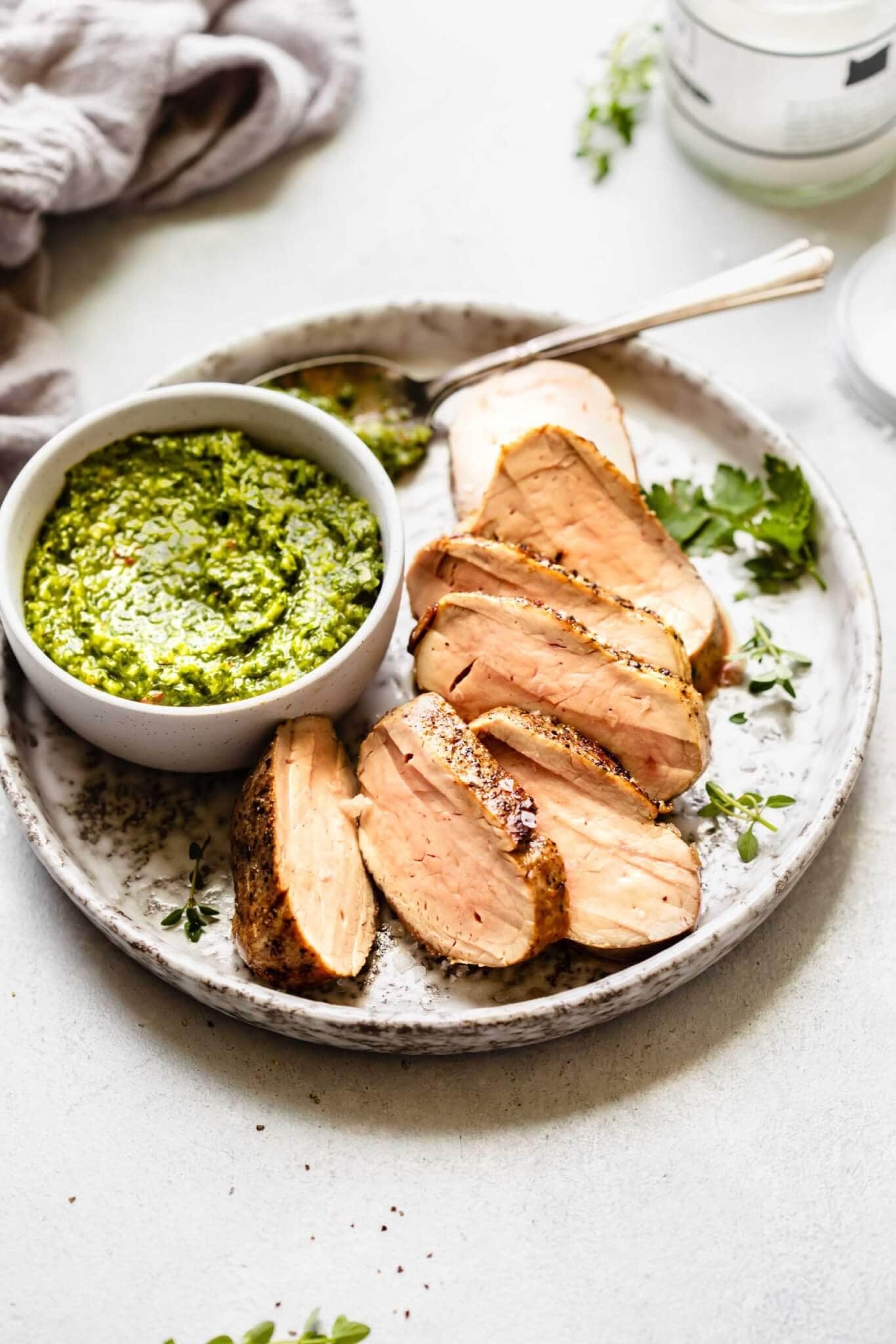 If you loved this Sous Vide Pork Tenderloin recipe I would appreciate it so much if you would give this recipe a star review! Also, be sure to snap a picture of your finished dish and share it with me on Instagram using the hashtag #platingsandpairings and tagging me @platingsandpairings.

What to serve with pork tenderloin: 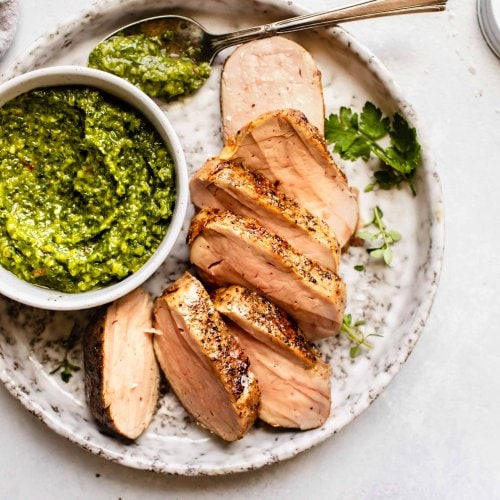 This recipe was originally published in July 2020. It was updated in December 2020 to add an instructional video. The original recipe remains the same. Enjoy!